The All-India Anglo-Indian Association has written to Prime Minister Narendra Modi, urging him to reconsider the government’s decision to end the provision for nominating members of the community to the Lok Sabha and state legislatures and not betray the community the way the British had.
The letter was sent on Sunday, a day ahead of the introduction of the Constitution (126th Amendment) Bill in the Lok Sabha by law minister Ravi Shankar Prasad. According to the text of the bill, the nomination of Anglo-Indian members to the Lok Sabha and state legislatures will cease from January 25, 2020.
Although six-and-a-half months have passed since the 17th Lok Sabha was constituted, the Modi government has not yet nominated any member from the Anglo-Indian community to the House. The bill, if passed, will put a parliamentary seal of approval on this decision.
Even in the 16th Lok Sabha, the Modi government had dragged its feet on this count, taking nearly a year to make the nomination.
Introducing the bill, Prasad said the 2011 Census showed only 296 Anglo-Indians in India. This claim was challenged by association president-in-chief Barry O’Brien, underlining that the census does not have a separate column for Anglo-Indians.
In the letter to the Prime Minister, O’Brien said: “Sir, it is our fervent appeal to you to please reconsider this matter and not go ahead with this amendment, thereby ensuring that the Anglo-Indian community continues to be represented in Parliament and the state legislative assemblies.”
The community has been stumped by the “suddenness”’ with which the nomination provision is being removed, that too without consultation.
“Nor has a justification been offered before going in for this amendment. Why has the community been kept completely in the dark? What is the reason behind taking such a step? What facts and figures, data and research material have been collected and collated, based on which the cabinet has taken its decision? Is it true that the government is estimating the number of Anglo-Indians in India today to be far less than its actual number of several lakhs? And if indeed that is true, how has that grossly incorrect and inaccurate figure been arrived at?’’ the letter said.
Flagging the cooperative federalism that the Modi government talks about frequently, the All-India Anglo-Indian Association has asked whether, in keeping with the federal fibre of the nation, the state governments of the 13 legislatures where the Anglo-Indian community has nominated MLAs were consulted.
Stating that the community may be comparatively small in number, O’Brien underscored that Anglo-Indians were spread across the length and breadth of India. “We have documentary evidence that Anglo-Indians live in varying numbers in as many as 22 of the 28 states and 9 Union Territories of India.’’
The association, the oldest and largest registered body of the community, has 62 branches in these states and Union Territories, besides other smaller and younger organisations that are working for the community in different regions.
“No single state is our home! We are proud to say that ALL of India is our home!’’ the letter underlines.
The association’s contention is that the rationale for having this provision in the Constitution remains even though the community may have done well and its numbers dwindled since 1950. “This makes it imperative for us to have representatives who will be our voice in Parliament and the state legislative assemblies, as we put forward our problems and concerns and protect and preserve our culture, our lifestyle, our institutions, our language, our religion and our identity.”
“Some sections of my community believe that a second ‘betrayal’ is at hand — this time by our fellow countrymen and our own elected government!”
The association has sent similar letters to the leaders of all political parties, seeking their help to oppose the government’s move in Parliament. And, as part of the mobilisation of opinion, the association has urged community members to individually petition the President.
Anglo-Indian educationists and principals are being tapped to reach out to alumni of educational institutions run by the community to join the effort.
Polity in india

Popular posts from this blog 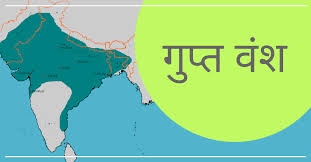 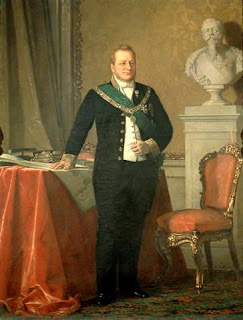